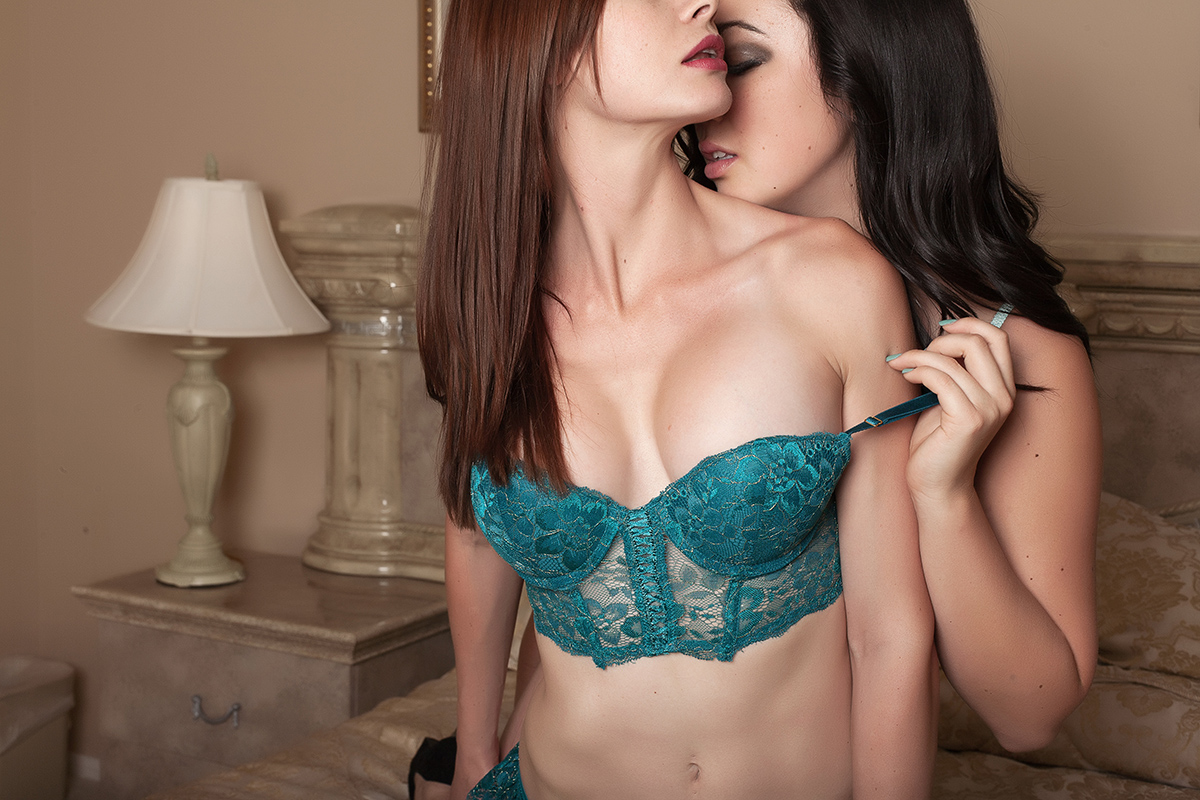 Nevada’s legal brothels are often depicted as sex tourism destinations catering exclusively to middle-aged men looking for hot rendezvous with naughty women. While it’s certainly true that men visit brothels so that they can explore their most safeguarded sexual fantasies in a nonjudgmental environment with working girls who are well versed in a wide variety of deviant activities, individuals of the male persuasion are not the only gender to be found among a brothel’s clientele.

In recent years, the number of women who visit Sheri’s Ranch has been steadily climbing. In 2014, women and male/female or female/female couples participated in 15% of the sex parties at Sheri’s Ranch, more than a 10% increase from 2007. The Las Vegas area brothel suspects that this spike is a result of growing interest in female sex tourism (Huffington Post reported that as many as 600,000 women engage in sex tourism annually), increased acceptance of the swinger lifestyle among married couples, and a slow but sure evolution in America toward a less repressive sexual culture. 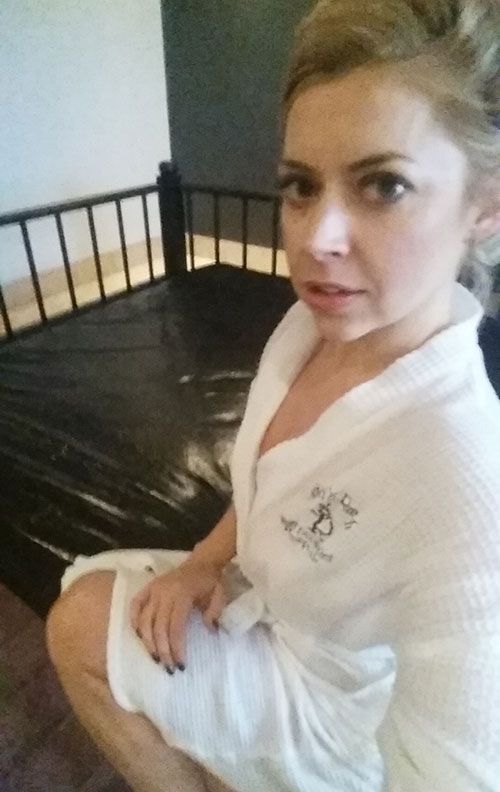 After I’d stripped and showered, she came to lie her body on mine, and began to massage me by sliding the whole of it upon me. I hesitated to touch her for a good 15 minutes. But the more we shared conversation about our sexual politics and she told me about the pleasure she gets from working—the more smiles and complicit nods that passed between us—the easier it became.

The gel on her limber skin felt too inviting. I plucked up the courage to touch her and started by sliding my hands up her thighs as she brought her hands down over mine. When she flipped me over, she slid her hands up the sides of my breasts and then under, and across my nipples. I’ve had sports massages and Swedish massages in my time, but this was pretty special…

Nevada brothels are perhaps more inclined to attract female customers like Hodgson because of their good reputation as state and county regulated institutions. Operating legally for over forty years in rural areas of the Silver State, these businesses are devoid of sex trafficking and criminality. Nevada’s brothels are trusted, time-tested establishments that contribute significantly to the economy of their communities. Courteous, empathetic, and professional, the courtesans working at these bordellos are adult women who willingly ply their tantalizing trade. They are tested weekly for sexually transmitted diseases and undergo strict background checks in order to receive their various work permits.

Below, the ladies of Sheri’s Ranch write a bit about their experiences with the fairer sex, and explain why Nevada’s brothels aren’t just for men anymore.

I find that my sexual experiences with women are very special and unique. A handsome man will always catch my attention, but there is something very natural and sexy about a woman’s body and her touch. I love the smell of a woman and the softness of her skin. I think that, being a lady myself, I have a closer understanding of a woman’s sexual needs and desires and I’m able to fulfill them with a mutual level of connection.

Discovering this line of work has allowed me to fully embrace my pan-sexuality and enjoyment of having sex with all genders: men, women, and transgender or gender queer. There’s also something really special about experiencing a threesome with a couple. I get to witness their passion for one another and can join in on the heat. And I don’t think it’s far from the truth that women in general are just hot! I’ve always had attraction for women. There is something very alluring about a woman’s curves and the attention she can call just by walking into a room. I remember kissing girls growing up, playing house or running around with the kids on the block. It was very natural for me. I also liked boys but never understood why I also liked girls. I will never forget my first time making love with a woman. My exact thoughts were, “Wow… She smells so nice. And her skin is so soft! I’ve been missing out…” I’d love to party with more ladies, with their partners or just the two of us. I offer a very special party just for the ladies… 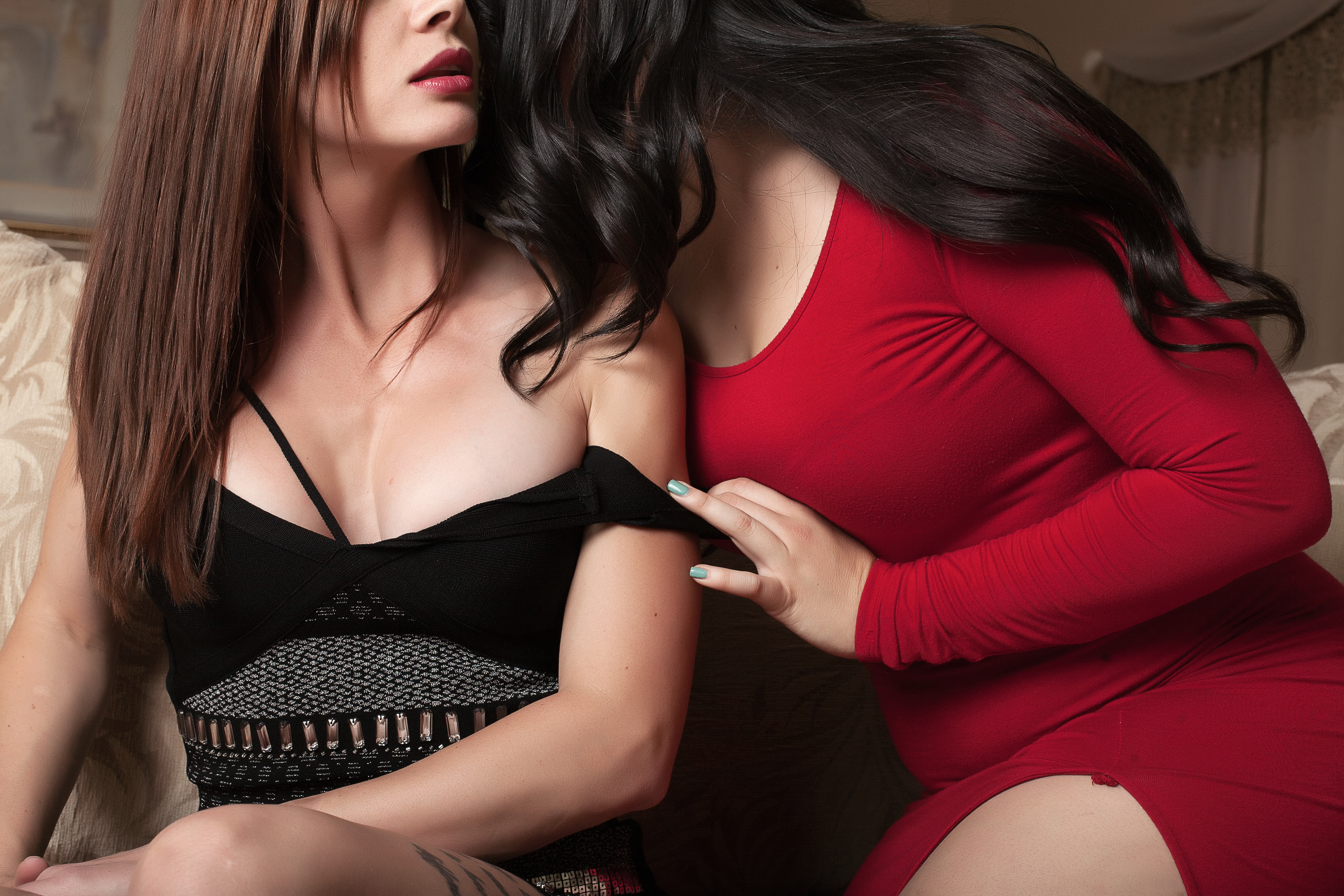 Women? Couples? At a brothel? Who knew! Certainly not me, until I started working at Sheri’s Ranch and realized that the brothel experience is not only about men, but also about women being able to explore their sexuality and their fantasies.

A woman dressed in casual attire came into the bar one night. I saw that she was very nervous and didn’t know what to do. After speaking to the hostess she sat at the bar and ordered a drink. The girls approached her and started chatting her up. We soon learned that she had only ever been with a man – and she had never had an orgasm! She was here to explore who she is and how to listen and learn about her body. She booked a VIP Bungalow with 1 girl that eventually turned into 4 girls. Each girl that went into that bungalow was able to teach her something different and new about herself. She was finally, after a lifetime of frustration with the elusive “O,” able to achieve an orgasm. When I spoke to her after her party you could see that she was in awe of the whole experience. She expressed to me that she would be applying what she had learned at Sheri’s to her relationships with men. The emotional issues and hang ups that she had been experiencing her whole life were finally put to rest. She was finally able to move past a mental block that made her feel inadequate. This feeling of inadequacy had effected all her intimate relationships. Now it was a non-issue.

Sheri’s Ranch isn’t just for men. We are for everyone. Anyone can come here to explore their particular fantasy. Explore who they are and what they like. Get to know what sexuality means to them. The possibilities are endless and the lives we touch are forever changed. 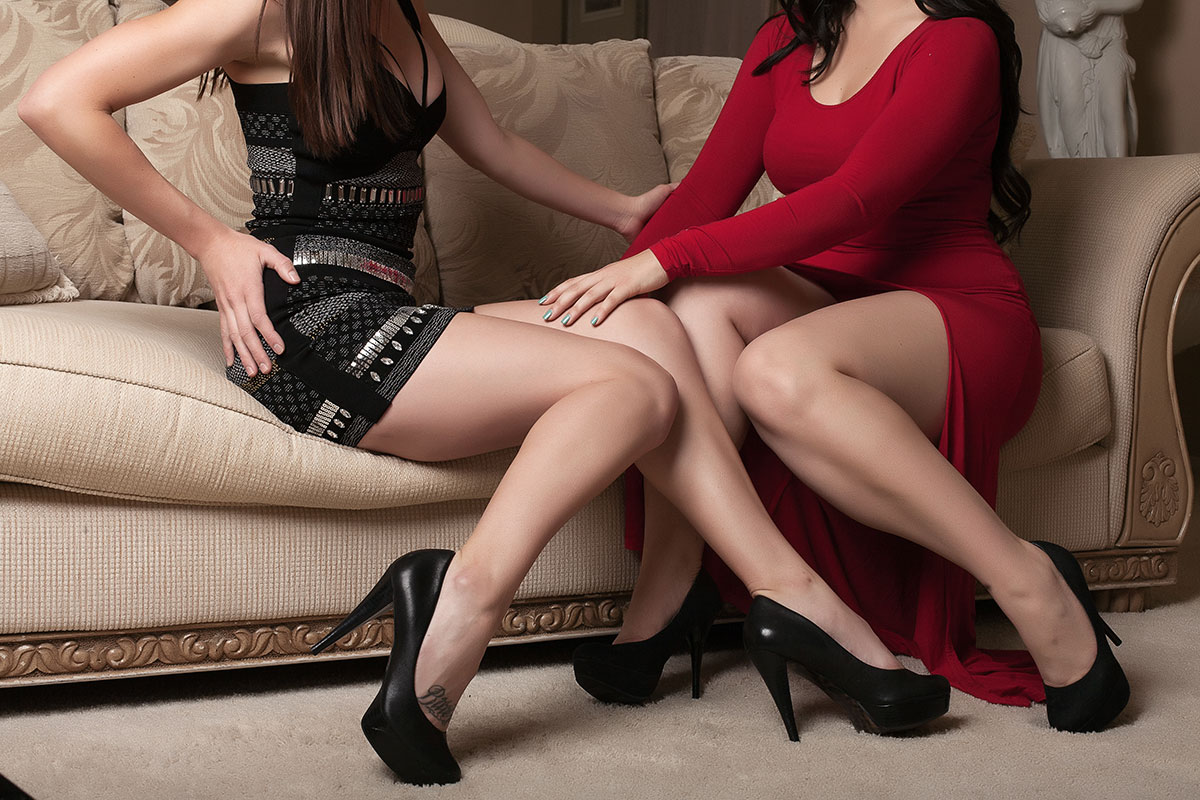 Society seems to have this idea that women cannot possibly entertain the idea of wanting to visit a brothel. Brothels are something only for men, and women don’t possess the desire to have an extremely sensual experience with another women. This crazy idea circulates around and many times intimidates women into thinking that their feelings are wrong and that they should hide them. However, it’s about time that we change this idea and encourage rather than discourage women to visit brothels and have the time of their lives.

I have been asked many times if women or couples ever visit Sheri’s Ranch, and my answer is always “Yes, but I wish there were more.” There is something completely erotic and sensual about being with another women that can be hard to put into words. We as females understand each other and connect on a completely different level than when we are with a man. Women’s bodies and curves are absolutely gorgeous to look at and feel, and when combined with a strong mental connection there is nothing to compare it to. The only thing that could heighten the experience is to have the lady bring her significant other.

Couples are always an amazing experience for every party involved. For the woman, she gets to experience her curiosity about being with another woman. For the man, he gets to live out his fantasy about watching his lady with another woman, and possibly joining in. For me, I get the best of both worlds and get to play with a man along with his extremely sensual lady!
Once the two of you decide you are going to visit Sheri’s Ranch, I would recommend one of two things. First, I would try and email the lady you are interested in, to build a rapport with her before you arrive at the ranch. If that does not pan out, then I would recommend meeting the ladies in the bar, before making your decision. For couples, I always suggest meeting the ladies rather than a line up because in a line up you don’t get to talk and build a connection with the lady. We as women are extremely mental creatures and tend to enjoy ourselves more if we emotionally/mentally connect with a sexual partner.

With that being said, once you get to the ranch we can sit and talk for a little bit and see if we click. I always do my best to make the two of you feel comfortable, because I completely understand how nerve-racking coming to a brothel for the first time could be. After we have talked in the bar and decided we can’t wait to have some fun together, then we can head back to my room to negotiate. We’ll talk about all of the fun, sensual, naughty activities we want to partake, what limits you have, and what experience overall you are looking for. Once all of that is decided on, then the fun can really begin.

Every situation is different, but many times I have found it is most exciting to let the woman take the lead and direct the party. After all, if the woman is not happy, then nobody is happy. Aside from that, I think it is extremely fun and important to let the woman fulfill all of her sexual fantasies and desires for being with another woman. Maybe the two of us will have some fun by ourselves first, and then, if you feel like you want to share, you can allow your significant other to join in. There are so many different options for how the party could go, but I feel like one of the most important parts is that the woman fully enjoys herself and has an experience like she’s never had before.